Chelsea manager Maurizio Sarri has urged Gary Cahill to show his patience amid the ongoing speculation linking him with Galatasaray. The Turkish champions are said to have made contact with the Blues’ hierarchy regarding the defender’s availability but Sarri has now spoken about the importance of the club-captain. 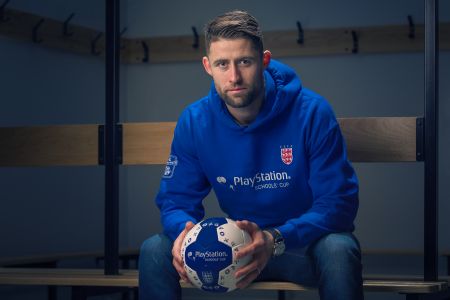 Speaking ahead of the Newcastle United game, Sarri hinted that Cahill may not return to the starting lineup in the forthcoming games with Antonio Rudiger and David Luiz having already been equipped with his tactics. Nonetheless, the Italian highlighted that the centre-back remains a crucial player and he needs to keep patience in order to break into the starting lineup.

Sarri said: “With Cahill I think at this moment for a defender it’s more difficult to play in my team after only 20 days of training. It’s easier for an offensive player, but for a defender it’s more difficult so at this moment he needs to have much more training with us. I told him that he needs to be patient now but that he is very important for us.”

Cahill had experienced a similar situation last term whereby he was out of the starting lineup under Antonio Conte but he managed to win over his position during the final stages of the campaign which earned him a World Cup berth with England. Since his return, he has not been involved in the matchday squads against Hoffenheim and Arsenal and it will be interesting to see whether he makes the travelling party for the upcoming trip to Newcastle United.

Since 2011, Chelsea have struggled to prove their dominance against Newcastle on the road with four defeats and one draw and they should go into this weekend’s game with plenty of optimism. Sarri’s team have started the season on a strong note with back-to-back wins over Huddersfield Town and Arsenal and during this period, the change in the style of play has been evident with the manager encouraging lofted passes from the midfield.