French winger Gabriel Obertan signed for Russian side Anzhi Makhachkala shortly after he was released by Premier League side Newcastle United in the summer of 2016. Obertan was released by the Magpies alongside compatriot Sylvain Marveaux as announced by the club on May 5, 2016. 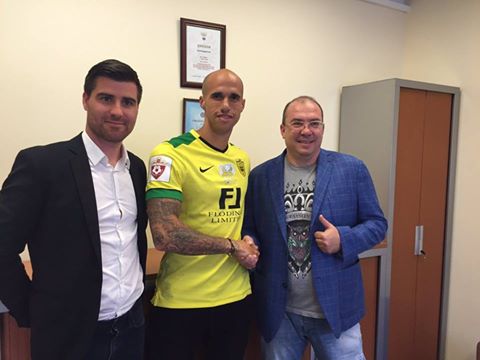 Anzhi Makhachkala officially announced the Gabriel Obertan transfer on August 24, 2016 with the winger signing a two-year deal. Speaking on his move to Anzhi immediately he signed, Obertan stated that it was influenced by compatriot LassanaDiarra who previously played for the club. He then vowed to help the Russian team win trophies.

Gabriel Obertan made his Anzhi Makhachkala debut during the 2-0 loss to Spartak Moscow. The winger played 63 minutes before he was substituted for Lorenzo Ebecilio during the league game played on August 28, 2016. Three weeks later, the Frenchman scored his first goal in the colours of Anzhi Makhachkala. On September 17, 2016, Gabriel Obertan found the back of the net for the only goal of the game in a 1-0 win at the home of Ural Yekaterinburg in the league. His progress at Anzhi was affected by a meniscus injury which ruled him out for a month. Anzhi Makhachkala had a new owner at the end of 2016 and this affected the club financially. To this effect, Gabriel Obertan was released by mutual consent as a consequence of the club’s spending being reduced.

At the end of the winter transfer window in 2017, Gabriel Obertan returned to English football to sign for Wigan Athletic as a free agent. His free transfer signing was confirmed by the Latics on January 31, 2017. He scored his first goal for Wigan Athletic during the 3-2 win over Rotherham United in April 2017. The French winger was released at the end of the season after relegation from the Championship to League One.