French winger Gabriel Obertan came with a lot of promise when he signed for Manchester United from French Ligue 1 giants Bordeaux in a £3m in 2009 only for him to flatter to deceive during his short and uneventful time at the Theatre of Dreams. 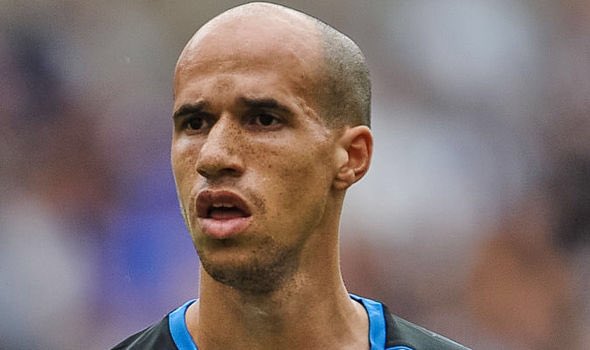 Gabriel Obertan signed his first professional contract at Bordeaux in 2006 and he was at the club until 2009 before signing for the Red Devils. Shortly before his transfer to Manchester United, he had spent the second half of the 2008/09 French Ligue 1 season at Lorient where he scored just once in 15 games. A lot of people wondered what legendary manager Sir Alex Ferguson and Manchester United saw in the Frenchman.

Newcastle United was his next club after his Manchester United career failed woefully. At Manchester United, Gabriel Obertan failed to find the net in 14 Premier League appearances over his two-year stay at the club. After spending five years at St. James Park with the Magpies, Obertan signed for Russian club Anzhi Makhachkala where he played for less than one season (2016/17 campaign) before returning to English football.

Gabriel Obertan was back in England with Wigan Atheltic for the second half of the 2016/17 campaign as he scored just once in 12 league outings. He had become a journeyman at this point as the Frenchman struggled to find a suitably safe space to play his football though it must be said that his quality also let him down on several occasions. After he left the Latics in 2017, Gabriel Obertan signed for Levski Sofia in the Bulgarian topflight and scored five goals in 51 league appearances for the team during his two-year stay in Bulgaria.

Obertan left them to sign for Turkish club BB Erzurumspor last year and he has four goals in 40 league matches. For this season, he has zero goal plus one assist in six games in the Turkish topflight plus two more goals in a Turkish Cup game.