La Liga giants Barcelona are under pressure to sate fans following the loss of the league title to rivals Real Madrid last term, failure to win the Champions League or even reach the finals and recently the loss of Brazilian star Neymar. 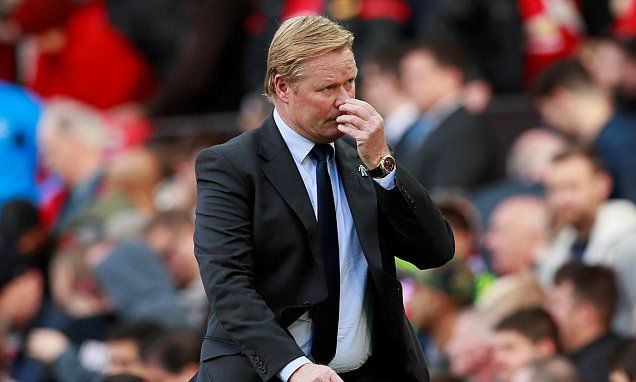 The team seems weakened and the loss to Madrid at the Super Copa clash confirmed it. There are fears that the team might not go far this term. The management is under pressure hence they are responding to links to players. The recent Jean Seri case is an example.

Barcelona president Josep Maria Bartomeu is under pressure to deliver this term so the club is set to spend their revenue from the Neymar on more players. Paulinho has joined, Osumane Dembele is set to follow suit and there is Philippe Coutinho deal ahead. The club seems to have forgotten that not too long ago they relied heavily on products from La Masia. The club is in frenzy, acting on impulse, without proper planning.

Years back Barcelona were in this same situation where their actions are only reactionary. It was in the early 2000s and Joan Gaspart was the club chief. He came in just when Portuguese star Luis Figo wanted to join rivals Madrid for a record fee. Since every club knew Barca received a huge payout, they asked for huge fees which the club spent on various players. None truly reached potential.

The shocking loss of Neymar is happening when the management is under pressure, a new coach had barely settled and does not look vibrant, with several players linked to the club: Hector Bellerin, Marco Veratti.

Just like when Manchester United were forced to buy loads of players when Cristiano Ronaldo left Old Trafford, Barcelona might do many wrongs with these moves they are not used to. Michael Owen, Gabriel Obertan, MameBiramDiouf, Antonio Valencia and co joined but how many made their mark?

Barca still have many other players they want to cut off their squad. All the moves seems like plans to salvage the situation on a short term – and it might come back to hurt them real bad.